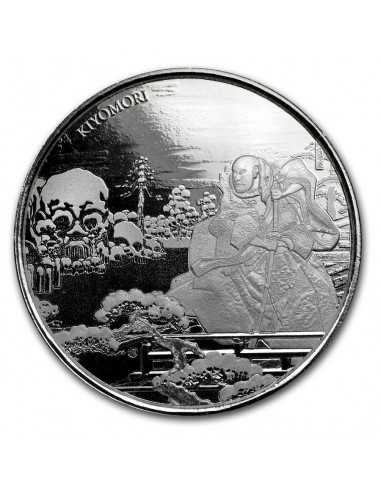 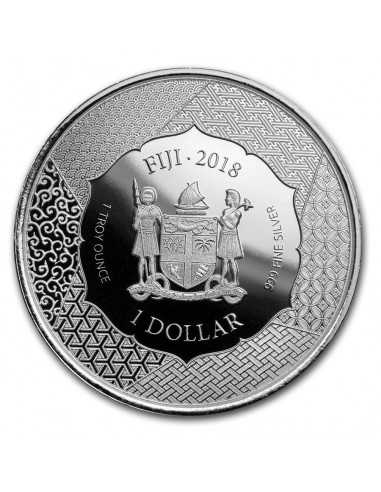 The image on the reverse side of the coin is based on the artwork of the the 19th-century Japanese ukiyo-e artist, Utagawa Hiroshige. Hiroshige's woodblock print titled Taira no Kiyomori?s Spectral Vision (below) depicts the samurai Kiyomori as a veteran of battle in the later stages of his life. As he looks out over the snow-covered garden from the veranda of his palace home, he is haunted by visions of the skeletons of his many slain enemies.

The obverse side of the coin features the Fijian coat of arms accompanied by traditional Japanese patterns.

For more information, please feel free to contact us. 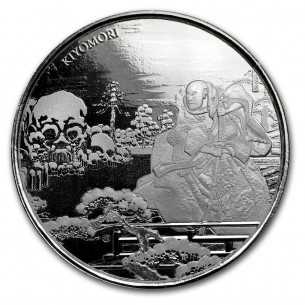 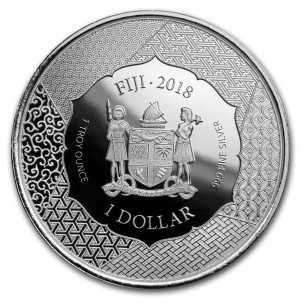