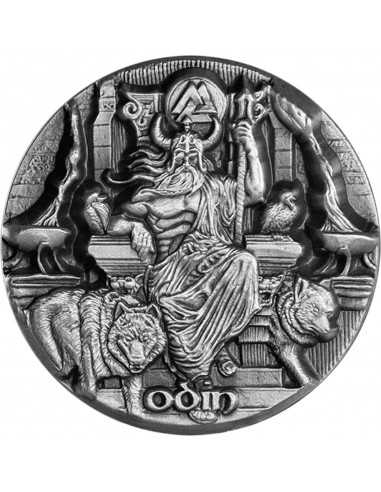 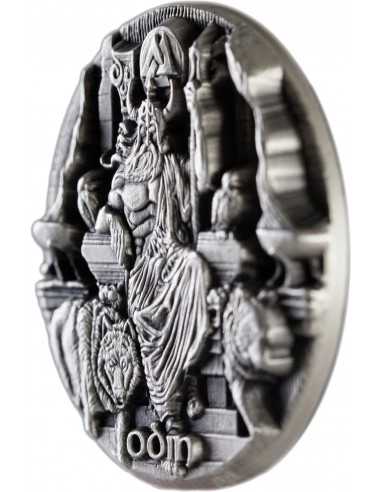 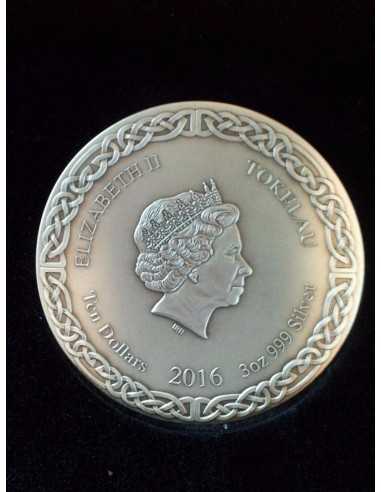 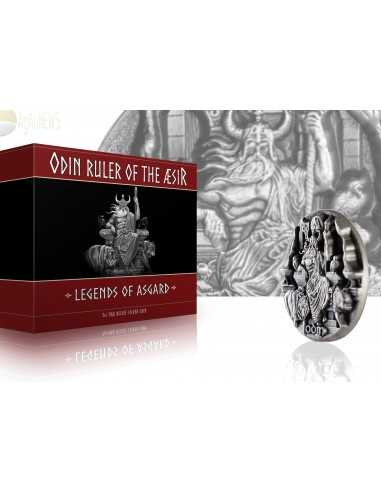 The first coin in Legends of Asgard series, 3 Oz of pure Silver Antique-finish, features Odin: the Allfather of the Aesir Gods in Norse Mythology. Stunning max relief of 5mm and numbered on edge! With a cult like following that extends well beyond the coin world, this premium Norse Mythology series is highly successful.

The coin's reverse depicts Odin seated and holding his famous spear called Gungnir. Either side of him are his ravens Huginn and Muninn who bring Odin news of what is happening in Midgard, and at his feet are his two wolves, Geri and Freki.

The coin's obverse depicts the effigy of Her Majesty the Queen Elizabeth II, together with the issue year, country, nominal value and silver fineness.

By buying this product you can collect up to 99 points. Your cart will total 99 points that can be converted into a voucher for a future purchase. 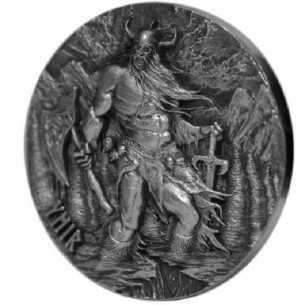 312305002394
€168.95
This beautiful 3 Oz Silver coin is the third release in the “Legends of Asgard” series and features Ymir, the first ice giant and important figure in Norse mythology.The coin has a remarkable Max Relief, has an incredible design, has an Antique Finish quality and comes in an attractive case.For more information, feel free to contact us.
View More 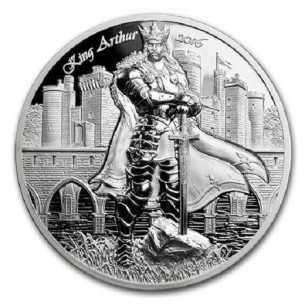 312305085434
€149.95
This 2 Oz Silver coin is the first issue of the new series “Camelot” and is dedicated to the legendary tale of King Arthur and the Knights of the Round Table.The coin is minted with an exceptional High Relief, thanks to the Smartminting technology.The coin comes in an elegant case with Certificate of Authenticity included. Extremely limited mintage to...
Tap to zoom 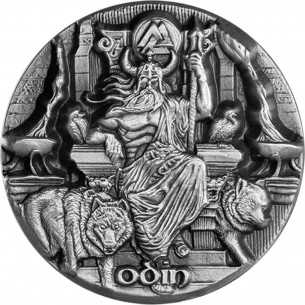 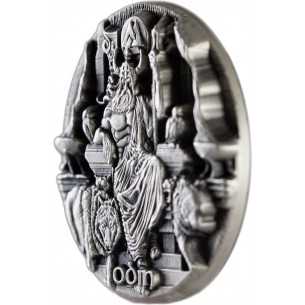 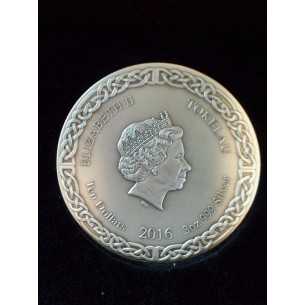 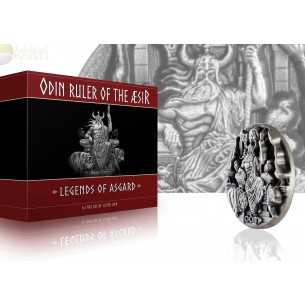 Save products on your wishlist to buy them later or share with your friends.

No account? Create one here
Product added to wishlist

By continuing to browse this site, you accept the use of cookies in order to provide you with a personalized user experience.